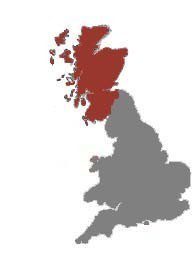 We expect to be able to resume live branch meetings in the autumn of 2022, including the postponed performance of and talk on the Organ Sonata and an exploration of Elgar’s recordings.

Meanwhile members and friends may take advantage of the many online offerings available from the Society and its branches.

Meetings  include a speaker presentation; live music provided by members or guest performers; and tea and biscuits

Non-members are welcome to attend and encouraged to join the Elgar Society.

We expect to be able to resume live branch meetings in 2022.

Meanwhile members and friends may take advantage of the many online offerings available from the Society and its branches.

Paul Bassett died peacefully at home on 17 September 2018 after protracted illness. His passing is a huge loss to his wife Sharron, son John, daughter Tamsin and 5 grandchildren, but also to his many friends in the Elgar Society and even more so to the Scottish Branch which he led for nearly 20 years.

Few Elgarians will have failed to notice his large presence and genial personality at Society AGM’s, concerts, and the Three Choirs Festival along with Sharron his unfailing support in so much of his Elgar activity. He was one of the longest serving members of the Society Council, first as a branch Chairman and then as an elected member. Unfailingly polite and conciliatory, he always focused on what was best for promoting shared interest in Elgar’s music and in the activities of the Elgar Society.

Paul joined the Society as an individual member in 1997 and, at very first AGM he attended, enquired whether there was a Scottish Branch. Then Chairman, Andrew Neill, confirmed there was not but suggested that Paul might establish one. He contacted Society members living in Scotland and enlisted support of attendees at a studio concert of the BBC Scottish Symphony Orchestra in Glasgow. Within a year he had organised the inaugural meetings in Glasgow and in Edinburgh at which the formation of a Scottish Branch was agreed and supported.

In the years that followed Paul organised no fewer than 125 Branch meetings. The original plan of alternating between Glasgow and Edinburgh had to be abandoned because of difficulties with the original venue in Glasgow. But meetings continued on a regular basis at Newbattle Abbey south of Edinburgh and more recently at St Mark’s Unitarian Church in central Edinburgh.

The typical Bassett Scottish Branch meetings offered full length speaker presentations, live music by local performers, tea interval with home baking, raffles and, until recently, sales of Elgariana. By dint of friendly persistence, Paul recruited a long list of distinguished presenters to come to Scotland including scholars such as Michael Kennedy and Ian Parrott, musicians such as Donald Hunt, Barry Collett, David Owen Norris and Iain Farrington, and many Elgar enthusiasts from far and wide in Britain and also Arthur Reynolds from USA. Paul was particularly proud of his coups in bringing Wulstan Atkins to a very early meeting, and in getting Catherine Wyn-Rogers not only to come for an extended interview but to perform some of Elgar’s songs.

Many visitors had the opportunity to stay with the Bassetts at their splendidly named “Sospiri” home in Dunfermline. Paul had a great knack of finding an interest to share with all of his guests to the Branch – not least his Paddington bear-like devotion to marmalade! A favourite gift for guest speakers was a framed photograph of the Forth Railway Bridge around the time Elgar visited it with his great friend Billy Reed – the original of which Sharron had discovered in the Carnegie library in Dunfermline.

Paul devoted a lot of his time to research and gave several presentations on the life of Billy Reed and his relationship with Elgar. It was a considerable coup to bring to Scotland the violinist, Robert Gibbs, who brought with him Billy Reed’s own 19th-century Italian instrument (which Robert had inherited from a pupil of Reed’s) and on which he played two pieces by Billy Reed himself to accompany Paul’s presentation in June 2002 .

A pharmacist to trade (as was evident from his miniscule handwriting), Paul was not a trained musician and taught himself music in order to follow Elgar’s music from the score. He was first  entranced by the Enigma Variations going as a schoolboy to a “lollipops” concert in Bournemouth conducted by the Scot, James Loughran. He had a particular love for the Dream of Gerontius attending no fewer than 12 performances in the year of its centenary.

The Bassetts went to numerous local and amateur performances of Elgar in Scotland. Unfailingly, Paul would circulate among the audience gently recruiting for the Elgar Society. He gave many talks to local groups, particularly in Fife, introducing the life and music of Elgar and promoting membership of the Society. Many regulars contributed to the performances of small-scale live music at Branch meetings, including Olive and Ernest Laing, Leon and Heather Coates, and Alistair Savage and his friends from the BBC Scottish Symphony Orchestra.  With the help of Neil and Gillian Mantle and Ian and Linny Lawson, young musicians got their first opportunity to perform for a live audience.

Paul had many endearing, sometimes eccentric, enthusiasms. Not least of these was his love of horseracing – a passion in common with Elgar. For the year of Elgar, 2007, Paul succeeded in getting together Society sponsorship for a steeplechase at Worcester Races on 5 May, which, of course, he and Sharron attended.

Paul was buried still wearing his green Elgar tie and Society lapel badge. If ever there was a complete Elgar avid (a favourite tag of his), it was Paul Bassett!