During his lifetime, Edward Elgar published in excess of 150 separate musical works of varying lengths and for a diverse range of performing groups.

As a young man he wrote a number of pieces for a wind quintet put together from among his friends; as a local Worcestershire musician, he composed choral works in response to commissions; and as his fame grew and he became a national figure, so he produced symphonic and concertante pieces on a grand scale. On this page are short introductions to six of his most important compositions. Click onto the links below to view details of the music listed. For more extensive studies of these and other Elgar works, go to “Programme Notes” to be found in “The Music” drop down menu. 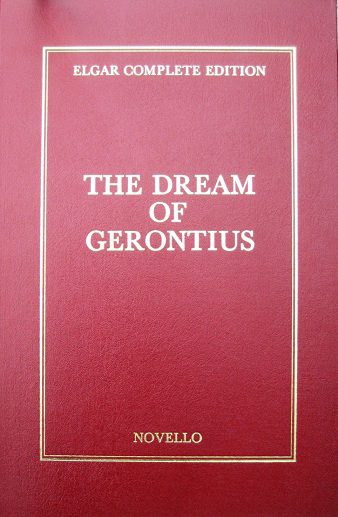 Elgar had long admired Shakespeare’s plays and, when approached to write a piece for the 1913 Leeds Festival, determined on a symphonic portrayal of Falstaff. The character had of course been tackled before, most notably by Verdi in his opera, but Elgar considered the comic image of Falstaff as a bumbling buffoon, a figure of fun, to be superficial and sought to produce a work which gave a greater psychological insight into the character.

The result is an intensely programmatic and episodic work. Moreover, while Elgar had by this time passed the peak of his popularity, his technical skills had continued to develop. As if to demonstrate this, he produced a work of considerable musical complexity. This has led some to regard it as something of an academic exercise, only properly appreciated through a detailed understanding of the programme that underlies it.

This is nonsense. The piece can be enjoyed on a number of levels, including purely as a piece of virtuoso orchestral writing. Having gained a familiarity with the work, the programme can, if wished, be more easily followed. But, whatever Elgar may claim to have been his intention, the music speaks more loudly. The breathtaking variation of the theme representing Prince Hal immediately preceding the dramatic climax of the work is noted in Elgar’s programme as no more than past times remembered, but who cannot see in it the exhilaration of a chase across wide open spaces, the sensation that drew Elgar so unswervingly to the Malvern Hills.

The work makes regular appearances on the concert platform and seems to be particularly popular with, and particularly well performed by, youth orchestras.

Falstaff was dedicated to Sir Landon Ronald and first performed on 1st October 1913 at the Leeds Festival under the direction of the composer.

After several abortive attempts at writing a string quartet, it was after enjoying an evening of chamber music in London and just before entering hospital for a tonsillitis operation, that
Elgar decided to write the quartet that we know today. He began it whilst convalescing, completing the first movement by the end of March 1918. The First movement was composed at his home, Severn House, in Hampstead, whilst depressed by the war news and debilitated from the operation. By May, he could move to the peaceful surroundings of Brinkwells, the country cottage that Lady Elgar had found for them in the depth of the Sussex countryside. The String Quartet was thus the first of three chamber works that he tackled in 1918, inspired by his Sussex surroundings.

The String Quartet was first performed on 21st May 1919 at The Wigmore Hall, London, by Albert Sammons and WH Reed, Raymond Jeremy and Felix Salmond. The work is dedicated to The Brodsky Quartet.

Together with the Violin Sonata and the Piano Quartet, the String Quartet represents Elgar’s total output of chamber music. Lady Elgar considered it to be among her husband’s finest works, saying that its second movement “captured sunshine” and she subsequently requested that it be played at her funeral.

Elgar had first considered composing a symphony, to be based on the life of General Gordon, as early as 1898 but the work never materialised. He continued to toy with the idea of a symphony in the years that followed, prompting his close friend Alfred Rodewald to offer him a commission to produce it. Elgar declined that offer but accepted a commission from the Leeds Festival Committee to write a symphony for the 1904 festival, before soon changing his mind again.

Eventually, shortly after his fiftieth birthday in 1907, he settled down to work in earnest on the symphony. What emerged proved to be a totally different work from the Gordon symphony he had for so long contemplated. It begins with a broad, noble theme which binds the work together, recurring at intervals throughout the four movements before eventually emerging as a triumphant march at the very end of the symphony. The third movement (adagio) is widely considered to be the most perfect and lyrical of all Elgar’s output.

The symphony was premiered in Manchester in December 1908 with Hans Richter, the works dedicatee, conducting The Hallé Orchestra. It was an immediate success, with Elgar being recalled to the platform several times. The first London performance followed four days later. The symphony received around 100 performances during its first year and remains a standard of the classical repertoire.

The Dream Of Gerontius, op 38

Cardinal Newman’s poem tells of the journey of a man’s soul after death – Gerontius may be translated roughly as old man – as he is taken from his friends at his bedside who pray for him with a ‘Kyrie eleison’ (‘Lord have mercy’), towards the climax of the work where, guided by The Angel, he is confronted by the piercing sight of his God. Gerontius’ soul is led away by The Angel who takes her leave with the aria-like ‘Softly and Gently’ before the work is brought its close.

Elgar was given a copy of the poem in 1889 as a wedding present. But, while he undoubtedly toyed with the idea of setting it to music intermittently over the intervening period, the decision to do so for the 1900 Birmingham festival appears to have been taken somewhat at the last minute.

The first performance on 3 October 1900 was not a success. Neither W C Stockley, the chorus master, nor Hans Richter, the conductor, had grasped the complexity of the work and allowed insufficient time for rehearsals. Only after the German premier in Dusseldorf in 1901 under Julius Buths and subsequent British performances in March 1903 by the Hallé Orchestra, under Richter in Manchester and in Hanley, with Elgar himself conducting, did the work claim its place at the forefront of English music.

This theme and fourteen variations for full orchestra secured Elgar’s reputation as a composer of national, even international, standing and remains one of the most popular works in the classical repertoire.

The story is told of how Elgar, returning home from giving violin lessons, sat down at the piano and, to unwind, began improvising. Alice commented favourably on the tune that emerged and Elgar responded by suggesting how certain of their friends might play it. Out of that spontaneous exchange grew the idea of the Enigma Variations with its dedication, “To my friends pictured within”.

There are two enigmas underlying the variations. The first and more readily solved is the identity of each of the ‘friends pictured within’. But Elgar himself hinted at, and encouraged speculation over, a second, musical enigma, a popular tune which does not itself appear in the variations but of which the theme is the counterpoint. The Enigma variations were first performed on 19th June 1899 at St. James’s Hall, London, under the baton of Hans Richter

Violin Concerto in B minor, op 61

Elgar was at the height of his fame when the Philharmonic Society commissioned this concerto in 1909. The work, in three movements, was dedicated to Fritz Kreisler, the internationally famous violinist who was the soloist at its first performance in The Queen’s Hall, London, with the composer conducting. However, the score also carries the inscription: “Aqui esta encerrada el alma de…..” (“Herein is enshrined the soul of….”), a quotation from the novel Gil Blas by Lesage. This is widely accepted to be a reference to Alice Stuart-Wortley, a close friend whom he nicknamed Windflower and who is generally recognised as Elgar’s inspiration for the work.

The work is long for a violin concerto and expansive in mood but nevertheless compelling and not overblown. It contains none of the pomposity and swagger found in many of Elgar’s works which some commentators find disturbing and rather distasteful. The work is firmly established in the classical repertoire although not performed frequently.