The death of British conductor, David Lloyd-Jones has been announced. 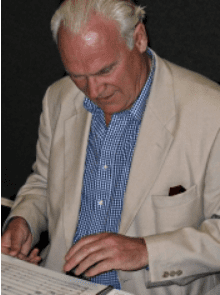 Affectionately known as DL-J, David Lloyd-Jones was the founding conductor of Opera North, the company that emerged out of English National Opera North (ENON), in 1978 and remained with the company until 1990.  Away from the opera house, he was a passionate advocate of British music, recording a wide repertoire that included works by Stanford, Rawsthorne, Alwyn and, of course, Elgar, among many others.  He also made a specialty of Russian literature and opera.

DL-J was a contributing editor of the Elgar Complete Edition and was responsible for three volumes including the Short Orchestral Works, which brought to light music that had been thought lost for over 100 years.  His subsequent recording of this music enabled modern listeners to hear this music for the first time.