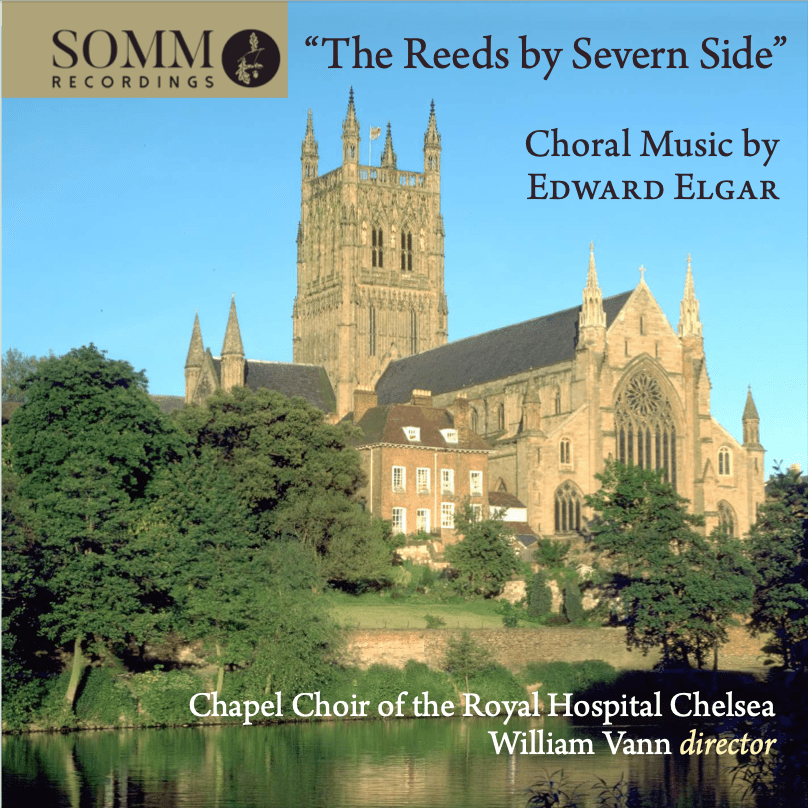 On 5 May 2022 a new disc on the Somm label of some of Elgar’s short choral works was launched at a reception held in the Royal Hospital, Chelsea.  This recording, which was supported financially by the Elgar Society, features some better known items, as well as music that has never before appeared on CD.  It is all performed with both clarity and elegance by the Chapel Choir of the Royal Hospital with Joshua Ryan (organ) and is directed by William Vann.

Following an interview in which Vice-President, Andrew Neill, talked to William about the new recording and the music of Edward Elgar, Chairman Stuart Freed spoke about the huge contribution to the Elgar discography made by Somm and its owner, Siva Oke, whose skill and care in producing this disc adds immeasurably to the outstanding quality of this issue.

The new recording has garnered much praise in the musical press:

This is an ideal survey of Elgar’s choral music, from his earliest efforts until just 18 months before his death in 1934.
John France (MusicWeb)

This fine disc is a must-have for devotees of Elgar’s music.
John Quinn (MusicWeb)

All told, this is another feather in the cap for the increasingly impressive Vann-Royal Hospital, Chelsea partnership.
Terry Blain (BBC Music Magazine)

It is difficult to imagine this collection being better performed recorded than it is here.
Robert Matthew-Walker (Musical Opinion)

You know when you listen to a recording and you hear a certain track and enjoy it so much that you just put it on repeat for several hours, that’s what happened to me with this recording.
Anna Lapwood (BBC Record Review)